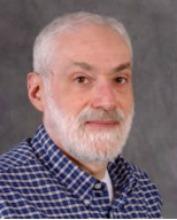 The Weiss group studies mechanistic photochemistry and photophysics, mechanisms of reactions, and nuclear magnetic resonance in aligning media, gels, ionic liquids, polymers, and liquid crystals. The photochemical and photophysical studies are frequently conducted in the soft matter matrices, many of which have been developed within the Weiss lab. In addition, some of the materials are being examined as reversible adhesives, as food additives, for art conservation, and as dispersants and coagulants to contain oil spills.