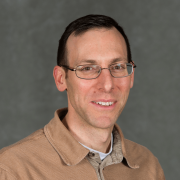 Natively unstructured or intrinsically disordered (ID) proteins are common in eukaryotes. Proteins with ID regions are often associated with regulatory and signaling pathways in higher organisms and have been implicated in many diseases. These proteins do not have stable secondary or tertiary structure but neither do they exist as simple random-coil polymers. They sample a certain ensemble of conformations, rapidly converting between conformations. We have demonstrated multiple examples of how small molecules can bind with specificity to their counter-intuitive, unstructured targets. We are working to understand more generally the energetics of these interactions and the role that peptide dynamics plays in determining binding site selection and specificity in the realm of unstructured proteins.